TWBP: Norko Covers Dark Side Of The Ring: The Von Erichs

TWBP is The Wrestling Brethren Podcast, and Norko has been a part of that project from the jump. TWBP is also a sponsor of ACTION Wrestling!

Last night, Norko watched Viceland's Dark Side Of The Ring episode on the Von Erichs, and did a solo episode of the pod.

On this episode Norko @TheBottomLine takes a look at the newest episode of Viceland’s Dark Side of the Ring series, which this times covers the story of the Von Erich family. How does it compare to the Heroes of World Class and Rise and Fall of WCCW?https://t.co/XSGtIP5uSE
— The Wrestling Brethren Podcast (@twbpshow) May 2, 2019

There's another documentary I watched years ago called Faded Glory - Von Erich Story which is really good as well, this YouTube channel has it up in four parts, but you may want to see if you can find it elsewhere.

I haven't watched this episode yet, but the Bruiser Brody one was pretty good.

I've heard mixed reviews on most aside from that Brody one, but you can watch them here.

Some are freely available, but some require you login with you TV provider's account. 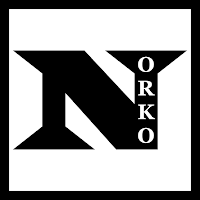