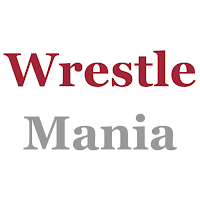 WrestleMania 35 is in the books, and I thought it ended up being an all-timer.

The biggest news coming out of it was that all three of the big faces won their respective titles (Becky Lynch the Raw and SmackDown Women's, Kofi Kingston the WWE Title, and Seth Rollins the Universal Title).

With that we got the feel-good Mania many of us hoped we'd get or HappyMania as it was referred to at points.

I thoroughly enjoyed the whole show, and did not really buy the complaints that it was too long. It is a lot of wrestling, but it's one day a year and I had a good time taking it all in.

I know it's tougher when you're in the stadium (my WrestleMania 33 experience in Orlando, FL confirms this), but for the home viewer I thought it was a largely overblown complaint.


That's IT! I thought it was a great WrestleMania, and I'm sure my son agreed. My wife even seemed to enjoy what she saw. I don't get the negativity about it at all, but I honestly believe some fans just flat want to complain. I know there's a bunch of journalists who just don't enjoy WWE and would ignore it if they could. I wish they would because they generate a lot of this hostility and it's just completely unnecessary.
Posted by FreebirdSTF at 5:01:00 PM