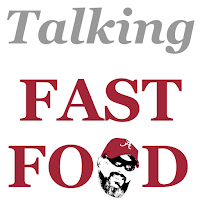 You should know the deal by now so with no delay we are going to take a look at three fast food restaurants, and I'll give you my thoughts.

This entry will cover Chick-fil-A, Five Guys, and Hardees.

The Talking Fast Food page has a link to the previous entries as well.