Here is one out of left field for you. As you see above WWE has announced that Rusev will be taking on The Undertaker in a Casket Match in Saudi Arabia.

Twitter of course ran wild with Rusev burial jokes, but that's kind of a cool gig for him to get. This Greatest Royal Rumble event on April 27th (same day as ACTION Wrestling's debut) is going to be a complete spectacle and I.AM.HERE.FOR.IT!

April 27th will be an awesome day for me as a fan. I doubt I will make it through the day unspoiled, but when I leave work it will be off to ACTION Wrestling and then I hope to stay up and watch the Greatest Royal Rumble on the WWE Network late into the night. 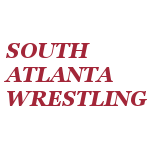