The WWE Influence On NFL

Flipping between the sports talk channels in ATL this morning I heard Chris Dimino say that WWE has influenced the NFL. He did not share what he meant by that other than to say "go check Twitter." I got where I was going and did just that.

"I want to know what Jurrell Casey has to say about [Blake Bortles] choking in big moments, while you sit at home and watch us next week."


Without question I know what Dimino means by that AND that is some quality banter right there.

As an aside, the NFL team I know the most about aside from the Falcons is probably the Jaguars. Why? I follow @AlfieBCC from Big Cat Country for wrestling purposes. It's been really interesting seeing in-depth discussion of a team other than the Falcons.

It's also made the rise of the Jags this year a lot more fun for me personally. So...congratulations to the Jags and their fans as they sit one win away from the Super Bowl. 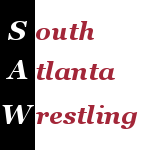