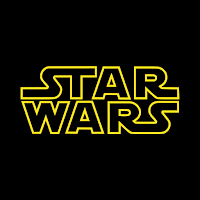 By the time I knew better Star Wars was already the biggest thing in the world or at least it seemed that way.

Born in 1978, I don't remember a time before Return Of The Jedi being released so the Original Trilogy (OT) was already complete by the time I knew any better.

So that was how I understood Star Wars, and of course I had fond memories of the very first one now referred to as Star Wars: Episode IV - A New Hope (I will refer to it as ANH from this point forward).

I mention that I grew up on them because I think that matters here. I've seen several Twitter discussion surrounding these movies, and there seems to be some differences of taste based on whether you saw them as a child or later on in life.

With that said, I have always had ANH near the top of my rankings. It's the one that started it all, and introduced us to a ton of great characters, and had visual effects that were incredible.

Even looking back I think one reason I like this one so much aside from it being first is Han Solo's redemption story, and Sir Alec Guiness as Old Ben/Obi-Wan Kenobi.

As a kid, I was all about Han Solo. He was the absolute coolest, and the guy you wanted to grow up to be like. He was Burt Reynolds or Sam Elliott-level cool which is the highest level of cool one could aspire to be.

Him going from smuggler who only cared about himself and a guy who had to blast himself out of a tight spot (Han shot first always and forever in my mind) he really grew, and became a really great character.

Growing older though I really began to appreciate Obi-Wan Kenobi even more. The wise older man who is on one last adventure, and trying to help Luke Skywalker become the man he needs to be to overthrow the Empire is a compelling role.

Plus, I think there's some real wisdom in this line "Who's the more foolish, the fool, or the fool who follows him?" and his taunt of Darth Vader during their saber battle is pitch-perfect as well “If you strike me down, I shall become more powerful than you can possibly imagine.”

Of course there's also the iconic villain in Darth Vader that really makes the whole thing GO for lack of a better term, and as a kid and even now the Stormtroopers were beyond cool looking to me.

I remember my first day of kindergarten when I came home I was excited about one thing, they had a 12" Darth Vader, and 12" Stormtrooper in one of the play centers. That's all I needed, and I was good to go.

Another aspect of this that kids and adults cannot relate to now is what an absolute EVENT it was to even see these movies. Our first home video copy of these films were recorded off a network TV broadcast. For at least some period of time I couldn't just pop in the movie and watch whenever I wanted so when NBC, CBS, or ABC aired Star Wars it was a big deal. It was quite literally appointment television.

We also would sit and try to record things where we would cut out the commercial. I remember Dad giving me this huge responsibility and I actually got faked out by a transition and missed a few seconds of the movie.

For all these reasons, and some I probably forgot to mention I will always love this Star Wars film. It  is always near the top of the list, and I have never wavered on that ranking.

Check back for the next installment on Star Wars: Episode V - The Empire Strikes Back, and eventually I will drop my official ranking of all 11 Star Wars movies.
Posted by FreebirdSTF at 2:00:00 PM