I am obviously excited that "The Big Dog" Roman Reigns is on the cover, and of course "The Man" Becky Lynch deserves the spot as well.

Since I was able to turn down the Ric Flair Collector's Edition last year, I think I'm getting the Deluxe Edition again this year.

Here's what the site says you get get with that...

It's linked in Roman's Tweet, but here's the WWE 2K Features page on the WWE 2K site. Also 2K just shared this Xavier Woods video about the new features. 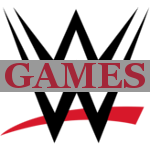