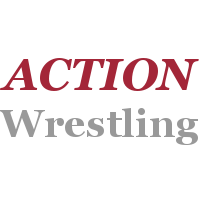 This is adapted from this Twitter thread for folks who have no interest in going over there.

I have made small changes just so that names of individuals, and promotions will be clearer here as they were tagged directly in that thread.

Here's what ACTION CEO and Scenic City "office member" Matt Griffin had to say about the goal and accomplishments of this year's tournament.


The proudest goal we have accomplished with the Scenic City Invitational Tournament is that we help wrestlers make connections with so many new promoters, and help allow true networking connections to be made.

Dylan Hales, Scott Hensley and I are constantly advocating for our wrestlers to others.

Even when it isn't apparent we are talking up talent among the promostions we have an active hand in (seen through ACTION Wrestling (Tyrone, GA) SUP Graps (Nashville, TN, and Making Towns Classic (Chattanooga, TN area)) and trying to get them booked in other areas.
That's one reason why SCI is so important, it's not a small area promotion. Plus, this year we streamed live where people could watch in real time. Now fans are also advocates of those they loved to watch over the weekend, and as a promoter, I have a list of new talent who are going to be on my booking sheets in the near future.

Very interesting to read things like this when it comes to people's takes and approach to the business of wrestling. The Scenic City Invitational itself has become a destination for fans all across the United States and even beyond. It really is incredible to see what it has become, and how it continues to grow.

As an aside, I find the "Chattanooga office" and people involved with the associated promotions to be very rootable. That helps you part with your hard-earned dollar when it comes time to go to a wrestling show.

I'm going to have more on THAT aspect of it when I get to the final part of my Scenic City series. This is not part of that series, but I read it when Matt Griffin Tweeted it out, and thought it was something others may appreciate.

ACTION Wrestling 10 Is A Benefit For Southside Support!


**South Atlanta Wrestling Dot Com is proud to be a sponsor of ACTION Wrestling 10**
Posted by FreebirdSTF at 1:09:00 PM