What If? Roman Reigns V Aleister Black At SummerSlam 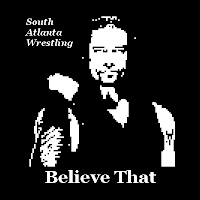 As of right this very moment Roman Reigns does NOT have an opponent for SummerSlam. Based on last night's entertaining finish to SmackDown LIVE (which saw Kevin Owens and Roman Reigns mix it up with Shane McMahon, Drew McIntyre, and Elias) you might think that Roman is going to stay involved with that whole deal.

Problem there is we've done that recently with Roman defeating Drew McIntyre at WrestleMania 35, and Stomping Grounds (2019).

Roman defeated Elias at Money In The Bank (2019) as well, and it just seems kind of silly to go that direction again at SummerSlam (2019).

Point is with KO taking on Shane O' Mac at SummerSlam, I'm not sure you have Roman involved with Elias or Drew at that show.

At that point, I'm not sure who you pair him with, but a couple of Twitter friends have floated the idea of Aleister Black...and I like it.

The first suggestion I saw was for Black to pull out the victory in what could be a star-making moment. My fear is that we'd end up with a situation like we did where Bobby Lashley got his straight-up win against Roman and that looks like a real odd decision now.

What I would do is go ahead and do Roman v Black at SummerSlam, but Roman pulls out a hard-fought victory.

Meanwhile, you've got Aleister Black ascending the card, and you do this match again 6 - 12 months later with Black getting the win that seals the deal of him being a "made guy."

That, to me, is the way you make a win over Roman Reigns and even bigger deal for a guy that looks poised to be a breakout star like Aleister Black.
Posted by FreebirdSTF at 4:46:00 PM